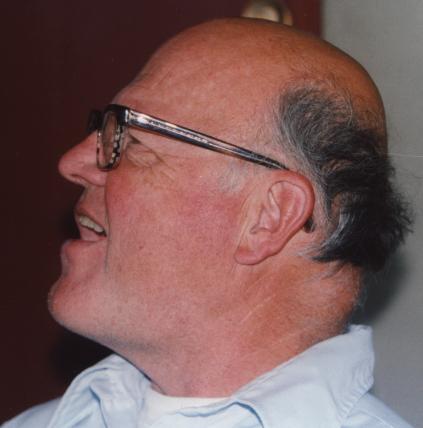 Mathematics is recreation to Harry L. Nelson. In fact, in the 1970s he was the editor of the Journal of Recreation Mathematics for over 5 years, and as Emeritus Editor, is currently on the Editorial Board of that publication.

In 1978, with David Slowinski, he discovered the then largest known prime number. In 1980 Harry became associated with the Cray Blitz computer chess programming endeavor, with Robert Hyatt. This effort culminated in Cray Blitz winning a string of Computer Chess World Championships.

With degrees in mathematics from Harvard University and Kansas University he ventured to the west coast where he worked as a computer expert at the University of California’s Lawrence Livermore National Laboratory for 30 years.

When not hiking or playing bridge, he devotes his time to the development of puzzles and games with his company Minimax Game, Inc. Minimax’s is a “think tank” for games. Harry is leader of the Har-e-brain Corps whose members assist him in game development. There are currently 20 mechanical puzzles and/or games on the U.S. market for which he has made substantial contributions, including RUSH HOUR®. Cool Circuits™ is Harry’s second game being published by ScienceWiz. Look for his other new ScienceWiz product, Pohaku™.

Harry has four children and nine grandchildren. He and his wife, Claire, live in Livermore, California.